Broome SES volunteers set up a display in the Broome Boulevard Shopping Centre on Saturday 12th October ahead of the launch of the DFES / BoM Kimberley Wet Season Tour.  The volunteers provided advice to local residents and visitors/travellers on preparing themselves for the wet season and the possibility of cyclones and flooding over the next 6 months.

They also set up various displays showcasing some of their equipment and used the opportunity to promote the Broome SES Unit in an effort to recruit some more members. The day was quite successful with plenty of advice and wet season literature distributed as well as the signing up of 4 new members for the unit. 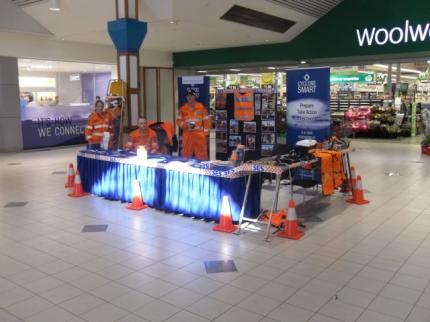