On Saturday, 19 November 2022 the new Albany SES headquarters was officially opened. The $3 million new headquarters replaces the previous Albany SES facility, which has been based on Sanford Road for 38 years.

The facility includes response and administration buildings, training areas, a garage to house vehicles, an Incident Control Vehicle, and a mobile communication centre

Albany SES is one of the busiest emergency services units, with volunteers contributing 1,647 operation hours alone since 1 January this year.   The unit moves into the new facility as it celebrates its 40-year anniversary.

“The old Albany SES was so outdated the unit had to accommodate key appliances and equipment off-site”.

“With the new premises providing upgraded storage options, the Albany SES can now have all their equipment and resources in one place, which is far better for training and ensuring a more agile, efficient, and faster response to incidents.  “The McGowan Government is committed to provide our hard-working emergency services volunteers with the best possible resources to help them protect their community.

“For 40 years the Albany SES has had a proud history of service – whether it be floods, storms, fires, or searches – and this new facility is a valuable resource to ensure the unit can continue to meet the needs of the community.”

“Congratulations to City of Albany for partnering with the State Government by providing the land for the headquarters”.   “The Albany State Emergency Service is one of the most active units in WA – with over 55 dedicated volunteers in the Great Southern – who do an amazing job keeping locals and visitors safe throughout the year.

“This new headquarters will support the efforts of our volunteers by providing the best training facilities for them in our region.  Volunteering is the backbone of our community, and I would encourage anyone thinking of becoming an SES volunteer to give it a go.” 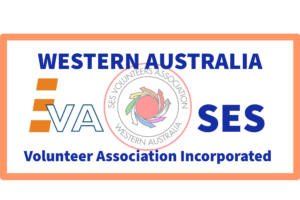 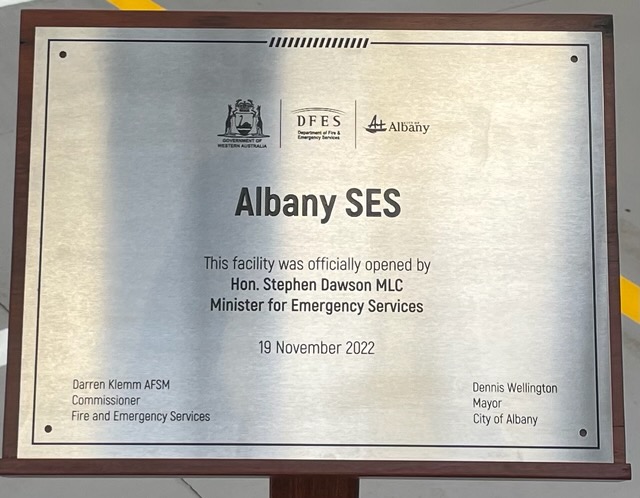 “Over the past two years, the Albany SES has responded to 263 incidents, including storms, fires, major rescues, and road accidents”.

“The new headquarters will put our volunteers in a better position to manage those responses -and the facility can now also be activated as a Level 3 Incident Control Centre – increasing the unit’s emergency services capabilities”.

“Additional training programs will also be able to be undertaken at the new base and hopefully it can encourage more volunteers to join the emergency services family.”

“Albany SES Unit is a very busy SES Unit attending many incidents yearly which can vary from storm damage to properties, Land searches for missing persons to complex vertical rescues.

” He also said ” this new building will provide the Albany SES Unit with the facilities needed to support their operations assisting their local Community”.