Clarkies Funeral, 23 June 2016
The Fremantle Cemetery Chapel was overflowing yesterday’s for the funeral of Clarkie. Present were his wife, children and grandchildren, other family and friends but significantly a large portion of the crowd was Clarkie’s work mates and colleagues from the WA Prison’s Department, demonstrating their high regard for his skills as a locksmith and also as a trusted and sometimes slightly outrageous colleague of the prisons officers’ team.

There were City of Armadale staff, bushfire Volunteers and people from other Volunteer organizations that Clarkie contributed too.
What we learnt today was that Clarkie, in his own style of leading from the front, may not have always been “PC” or use some of language from any Peer Support Guide book, but he was a loyal friend and guiding hand to many during his life, not forgetting the bird and dog he rescued. He was a man with a contagious smile, selfless and a big heart.

I personally was very humbled from the words expressed by those people who gave heartfelt eulogies yesterday morning and the dedication of Clarkies team at Armadale SES in the past 11 days. 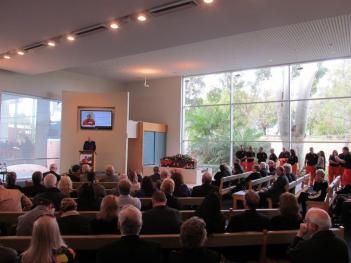 The Funeral Service for Peter Clark 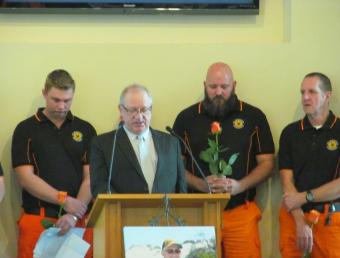