Cordless Li ion powered tools for rescuers
Deputy Commissioner Lloyd Bailey announced at the SES Volunteers Advisory Committee (SESVAC) today, Saturday 28 May 2016, that a decision on cordless battery powered tools had been made.  It was originally planned that all Fire and Rescue and SES units engaged in Road Crash Rescue (RCR) would be provided with a set of the tools. However in Commissioners Bailey’s announcement, that in addition, all operational SES Units will also be issued a set. That is great news.  The funding for this project is from the Road Trauma Fund sourced by DFES Rescue Branch. Several brands of Li ion tools had been trial earlier this year by experienced RCR Volunteer and Career fire persons and a SES Volunteer.  The tools will come in custom storage bags. 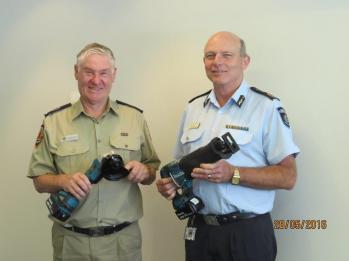