James Regan, Gone but should not be Forgotten – Don’t Forget to Remember Him 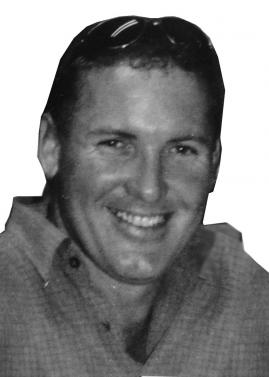 The 2nd of April 2016, marks the 12th anniversary of the only SES Volunteer in Western Australia to lose their life whilst on operational duty.  The SESVA respectfully asks that a minutes silence be held during SES Units training nights this coming week as a mark of respect to James Regan (Jim) and also in respect for bravery of all SES Volunteers who operate in risky circumstances.

More on Jim and the circumstances
Jim, who was thirty-six years of age, had been a member of the State Emergency Service since October 1999. His work as a Volunteer of the State Emergency Service had became a passion, as it is with many of us.
During a rescue attempt in the Karijini National Park on the 2nd of April 2004 the father of two drowned.  A tourist party had been in the Hancock Gorge area of the Karijini National Park when one of the party had become injured.  Jim was part of a Cliff Rescue team of State Emergency Service volunteers dispatched from Newman and Tom Price, who worked with police officers and CALM National Park rangers to rescue the injured tourist.  Late at night on the 1st of April the male tourist was hauled to safety.
Soon after this rescue was completed, news came through that a second tourist, this time a young woman, had fallen and was injured at the bottom of Hancock Gorge.   The SES Cliff Rescue team set off that night to rescue the second injured tourist.  At 4am on Friday morning the 2nd of April, as they were about to attach ropes to the stretcher holding the 25-year-old tourist, they were hit by a two-metre wall of water.   Eyewitness accounts say that Jim was hit by the full force of the flash flood and he was swept away.
Response efforts included the immediate deployment of additional ground based personnel, an expansion of the operation control team, fresh vertical rescue teams from around the state and aerial reconnaissance in the form of helicopter support.  Jim’s body was recovered around 1600hrs on 3 April 2004 by Police divers from Garden Pool at the base of the Hancock Gorge late on Saturday afternoon.
Soon after a full statement was delivered in the Western Australian Parliament by the then Hon Michelle Roberts, MLA, Minister for Police and Emergency Services.