Mr Crawford joined the WA State Emergency Service (SES) at the age of 16 and subsequently joined the SES’s Communications Support Unit (CSU) where he has occupied all senior positions including as Unit Manager, Unit Training Manager, Unit Operations and Logistics Manager as well as being a team leader for the last 20 years. He has been instrumental in the rollout, training and development of the new Western Australian Emergency Radio Network (WAERN) having sat on the initial management committee for the project. He has also played a major role in the development of the WAERN training program both for career firefighters and the Department of Fire and Emergency Services (DFES) staff, and also for DFES volunteers in the SES, the WA Bushfire Service (BFS), and the Volunteer Marine Rescue Service (VMRS). 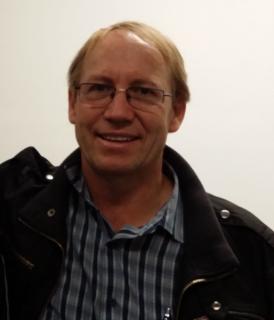 Whilst serving as a WA Police Officer in Eneabba, Mr McLeod joined the local Bushfire Brigade as a volunteer firefighter. To further increase his knowledge and skills base, he also later joined the local Coastal District’s State Emergency Service (SES) Unit. After transferring to Fitzroy Crossing in 2004 he once again became active as an emergency services volunteer when he joined the Fitzroy Crossing Volunteer Emergency Services (VES) Unit. Due to his local knowledge and skills, he benefits the local community as well as assisting the Kimberley Regional Operations Centre in Broome, located 400km away, with the overall management of the incidents.