SES Showcased by DFES at the Royal Show

The Royal Show exhibit by DFES showcasing the SES has turned out to be very popular.  The photo booth, static displays, colouring for kids and the climbing wall are most popular followed closely by the fire truck.  Displays are staffed by SES and other Volunteers as well as DFES staff.   There are a number of SES Volunteers rostered on each day and they are doing a fantastic job in assisting the public on their questions as well as fitting harnesses for the Rock climbing wall.

The pictures below show some of the displays and SES Volunteers assisting the public.

The DFES Display also won the Best Government Display for 2015 which is a credit to the organising team including DFES staff, SES and heritage Volunteers, SESVA and Project Manager David Nairn. 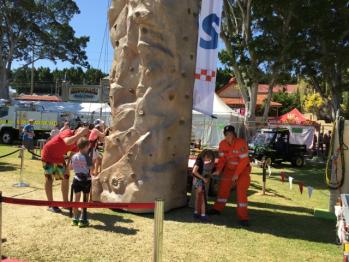 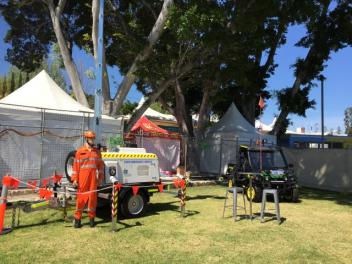