Department of Corrective Services – Wellness Day
The Department of Corrective Services invited the SES to participate in their staff wellness day at Casuarina Prison on 29 April.  Three members of the SES attended and had a stand where they were able to advise Corrective Services staff on preparation for natural hazards such as storms, cyclones and flooding. Further to this, information on SES Units near to their residence was provided to those persons who were interested in joining the SES or other emergency services.
There were a number of other stands which covered many areas including health, chiropractic, massage, and the mens shed. 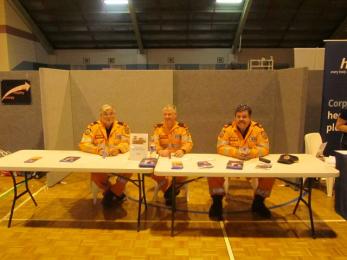