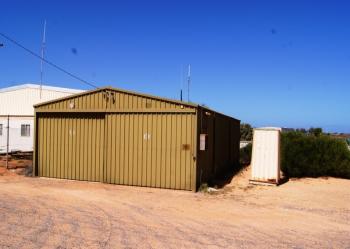 The opening was the culmination of over five years work by the local emergency service groups. The emergency services precinct that was established by the Shire of Shark Bay houses the SES unit as well as the St. John’s ambulance sub centre and the Shark Bay VMR.   There are administration, training and operations facilities for the SES and St. John’s as well as storage facilities for them as well as the VMR group. Although the building had been in place for a while, the final fit out with communication equipment and radios was just completed prior to the opening.

Commenting on the building completion, unit manager Joe McLaughlin wished to thank all those that had been involved with the project as it grew from a simple building replacement for the SES unit into a co-located facility. He thanked all those that have assisted and had given encouragement along the way.  Joe mentioned SES District officers or district managers as they were then called have been a great strength.  He said “DO’s Tim Dalwood, and Adrian deKleer as well as acting DM Rae Douglas who was Tim’s predecessor, deserve a big thank you for their assistance to get this building to what it is today.”   Thanks also go to Horizon Power and Lotteries west for the assistance they have gave to the project.  He said “The Shark Bay shire must be acknowledged for their great contribution and foresight in establishing this emergency services precinct. I am sure that the volunteers that will be based and work from here will appreciate the convenience and facilities that this building offers. Additionally, thanks also must go to the trust and support that I have received from the members of my SES unit whilst this building was planned, built and completed. To say that, when compared with our old facility “the new building is out of this world” would be an understatement. To move from a facility that had no water, hygiene or administration facilities to this, is absolutely wonderful.”

After the opening, Joe made comment about the previous members of the unit and acknowledged their contribution to the organisation. He said “We must thank and admire past members of the unit that endured and preformed to such a high standard.  Life as an SES volunteer was very tough way back then when members had to hold various fund raising events to raise money so they could purchase equipment, materials and fuel to enable them to respond to incidents where their expertise was required to assist others.”  He continued “Thanks also must go to the trust and support that I have received from the members of my SES unit whilst this building was planned, built and completed. To say that, when compared with our old facility “the new building is out of this world” would be an understatement. To move from a facility that had no water, hygiene or administration facilities to this, is absolutely wonderful.”

The building proved it worth a week later on Friday 13th March when severe tropical cyclone Olwyn passed over the town. The community escaped with relatively minor damage as winds of 80 knots that were recorded at the wind turbines swept through the town. The building did not sustain any damage and only suffered some water ingress in the shed.

The SES unit appreciated the support of the Denham VFRS both in the pre cyclone mitigation work and in the aftermath in assisting our SES members with post cyclone work. “The community really all pulled together and helped each other out with the cleanup.” Unit manager Joe said. “The decision by the shire to assist by having kerbside pickup of cyclone debris was instrumental in speeding up the recovery process and enabled the community to resume near normal operations”
At a post cyclone LEMC meeting, Joe congratulated Horizon Power for the fantastic effort they made to restore power to virtually everyone in town by lunch time the following day. He said that this reflected the diligence Horizon power staff applied to their maintenance programme in maintaining the infrastructure. The unit received around 25 requests for assistance following the cyclone.

On the down side, Joe reflected on the stupidity of people that ignored the red alert and drove around the streets at the height of the high winds, he commented that “It was obvious from the behaviour of people that the unit needs to do more to educate people about the danger of cyclones. People have become complacent over the past 26 years since the last cyclone to affect Denham, or have had no experience or appreciation of the force of cyclones.” He continued “It is apparent that there is an element of “it will never happen to me syndrome” amongst a small percentage of the population.”

A Few pictures from the day: 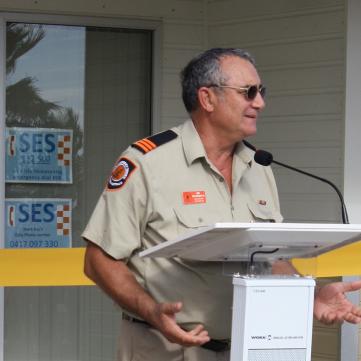 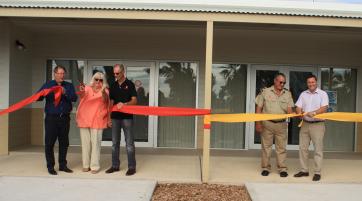 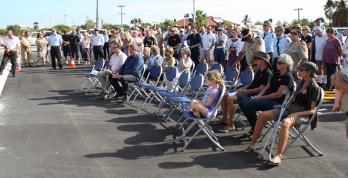