At a simple ceremony last night the SESVA handed over the first SESVA/BHP Billiton bus to the Northshore SES Unit. The SESVA Bus project team Gordon Hall (President) and John Capes (Treasurer) attended the Northshore unit headquarters to present the vehicle to Local Manager Nick Elliot.  SESVA President Gordon Hall said” that this project was a win for everyone, BHP Billiton, the SESVA, SES Units and the community”.  Gordon went on to say that the SESVA was very proud of how quickly the project has progressed with just over 9 months from inception until the first bus was handed over to an SES Unit.  In the coming weeks the remaining seven buses will finshed and handed over to their respective Units. 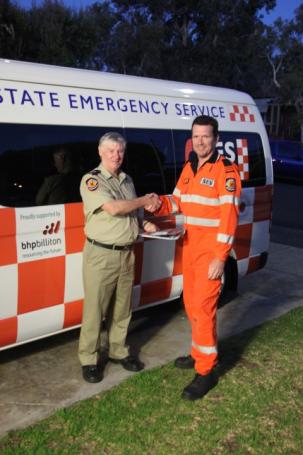 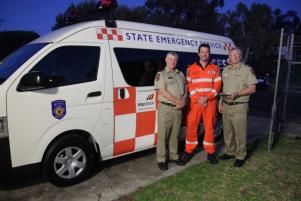