The Broome SES Unit held an SES Week function at the Mangrove Hotel in Broome on Saturday 15th November.  The Unit’s Rescue Section Team Leader – Matt Puncher – is the Executive Chef at the Mangrove Hotel and did the bulk of the organising for the event to coincide with National SES Week.  The night included outside food stalls set up under the SES marquees, live music, a rescue demonstration and encouraging everyone to come along dressed in orange. The Mangrove Hotel kindly provided some prizes for best dressed and various door prizes.  The SES crew conducted a rescue demonstration which involved a ladder slide rescue of a dummy from the top balcony of the hotel. The team was led by newly appointed Deputy Local Manager Rob Philips and the outgoing long-serving Local Manager Laurie Hicks provided a running commentary of the rescue.  The night was a great success for all involved and was an opportunity for the Broome SES Unit to promote themselves and provide an insight into some of the tasks that they are called on to assist with in the community. They are hoping that the event may generate some interest within the town for people to come and join the team.

Some pictures taken at the event: 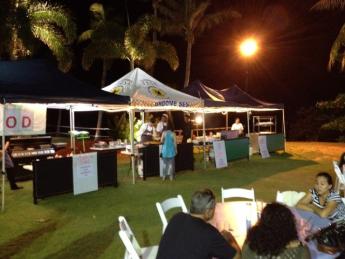 The outdoor food stalls set up 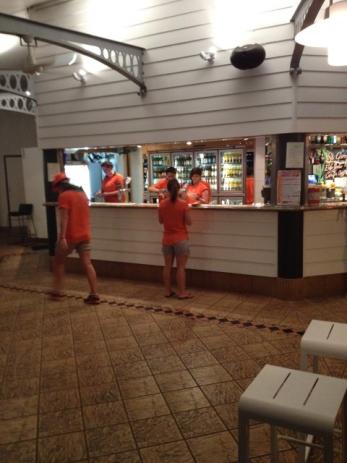 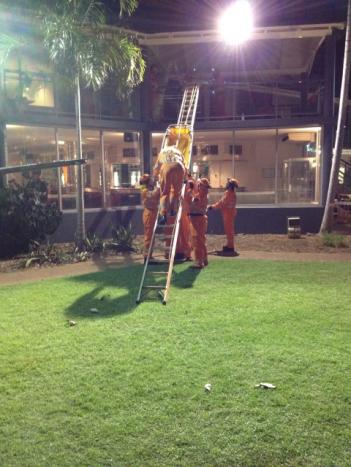 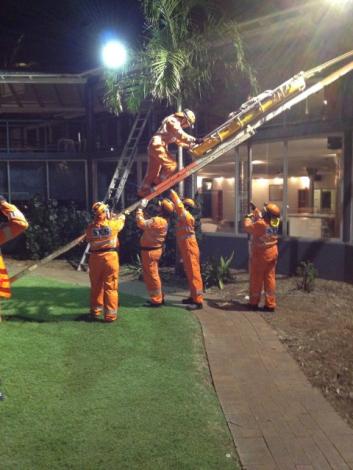 Rescue Demonstration – on the way down with the rescued dummy