Local Manager Dave Beard then took the Minister on a tour of the Unit where he was able to observe all sections, including SES Volunteers practicing their radio techniques and the construction of wooden frameworks for securing buildings after car versus house or other types of events.  At the end of the night the Minister presented a number of certificates for training completed and appointment indicators for Volunteers who were taking on leadership roles.

The SES Volunteers were pleased with the Minister’s visit and the interest he showed in what they were doing and how they did their role.

Pictures taken on the night 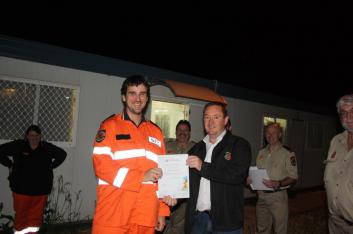 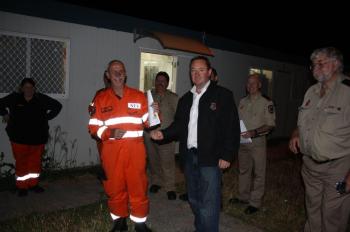 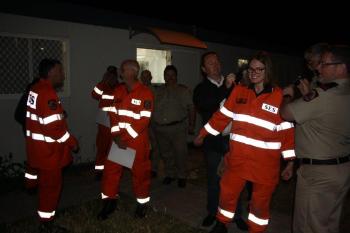