The missing man has just been spotted by a fixed wing aircraft waving his shirt in the air.  GPS coordinates are being established to direct ground crews to his location.  It is not known if he has any injuries but SJA are standing by.

Pictures taken during the operation (provided by Police Media) 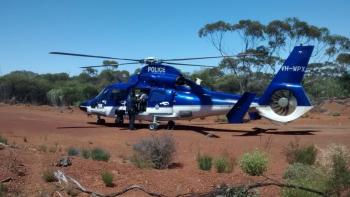 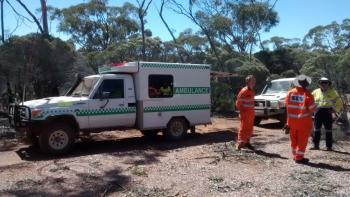 SES Volunteers at the site 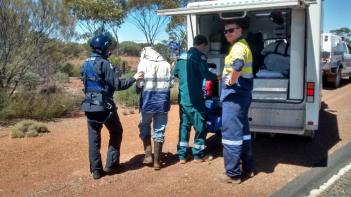 Found man being assessed by Paramedics 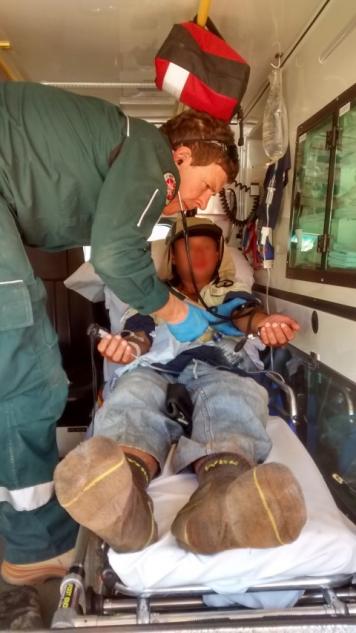 Found man being treated in ambulance

Police and SES volunteers, as well as a helicopter are conducting a search for a 47 year old man who has been missing since yesterday afternoon (6 October 2014). The police helicopter is on its way and should be able to assist in the search by about midday.  The man was completing an exploration task and failed to return to the Goldfields St Ives mine site as expected.  The man was due to return at 3:30pm.

The man is experienced at his job and is wearing mining personal protective equipment (PPE) clothing.  The man’s vehicle was located a couple of kilometres from the Coolgardie Esperance Highway and a grid search is being conducted from the vehicle’s location.  The search area is near Caves Rocks between Kambalda and Coolgardie.

Updates will be provided as new information becomes available.     No further details on the man will be released at this time as his family has not been notified as yet.