Mrs FOX  has just been located safe and well.   She had made her way to a vacant homestead around 12 kms from where she went missing, and was able to use a working phone at the homestead to alert emergency services.  Police are currently on the way to her location.

Police are seeking the whereabouts of a missing 77 year old Mundaring woman who was last seen leaving a truck stop on the Coolgardie-Esperance Highway, about 25 kilometres north of Salmon Gums and 2 kilometres south of Kumarl-Lake King Road around 1:00pm yesterday afternoon, Sunday 5 October 2014.

The search has resumed again at first light this morning with the Volunteers from the Norseman SES assisting Police and in addition, Polair are due to arrive in the area this morning around 8:30am.

Margaretha Antonia Hendrika FOX was last seen by her husband leave the truck stop into nearby bushland to take a photograph of an orchid. When she failed to return a short time later, he began to search, driving up and down the highway, but with no luck he contacted Police a few hours later and a search was underway.
Margaretha is described as being 154cms tall with greying curly hair. She was last seen wearing a light blue t-shirt, ¾ length light grey cargo pants, hiking boots and had a camera with her.  She is quite active and walks about 3 kilometres per day and has no known medical conditions.  If you have any information regarding Margaretha, or know of her whereabouts please call Crime Stoppers on 1800 333 000 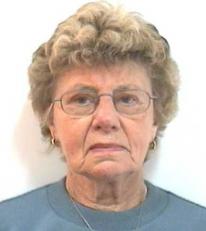