“Local Surprise, Get Wet, Storm-Chaser’.
And where Was Jim in over the three day long weekend?
Being found by the combined Pilbara State Emergency Service Units of course, during the annual Pilbara Exercise known as PILEX.  SES Volunteers from Tom Price, Karratha and Wickham were hosted by the Hedland Unit for ‘Exercise : Carter Renowned’ named after local SES founding Member Arnold Carter.  Joining the twenty-five SES Volunteers this year, were thirty-two Emergency Service Cadets from Tom Price.

“PILEX remains a key training opportunity for the Pilbara Units” said Ms Jo Heptinstall, Manager of the Tom Price SES. “The host Unit uses this time to highlight core skills they use in their operations and Units get a chance to mix professionally and socially”.  “For example, in Tom Price we do not have much call for using a flood boat” said Ms Heptinstall “but this weekend, that is exactly what we got to do”.

Along with flood boating teams practised scaling roofs, four wheel driving, navigating in an urban environment and rescuing casualties from collapsed buildings.  As special treat, the SES Volunteers were extended the unique chance to tour a berthed iron ore carrier.  The Mineral Shikoku and Star opened their doors to the Volunteers with Hedland I donating their time to ferry SES from ship to shore.  Department of Fire and Emergency Services Natural Hazard officer Peter Cameron said this was the second Pilbara Exercise that was town based, even though it was not as logistically demanding as some remote field exercise it was just as important to ensure the timings and travel to stands were considered as the afternoon sessions did not go as planned.

“Overall the SES did what they do best and adjusted to achieve outcomes that were skilled based and ended up being very enjoyable for all who participated”. Peter Cameron also acknowledged the commitment of Hedland SES member Ian Dempsey who worked very hard in ensuring the host unit, “Hedland SES” were portrayed as a Unit that could show there response capabilities. Ian’s local knowledge along with his interpersonal skill achieved two well organised stands, Operation Where’s Jim and Operation Surprise.  The SES is actively seeking new Members. Contact your local Unit for training and meeting details.  And …..in case you were wondering, Jim was found soaking up the sun in the Marina. 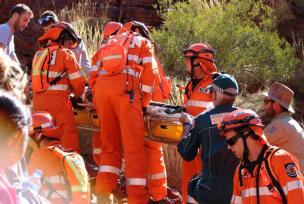 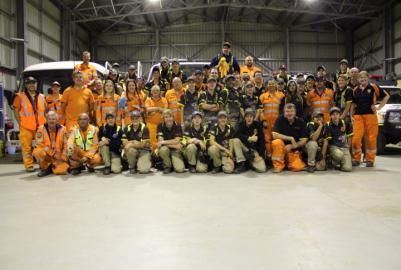 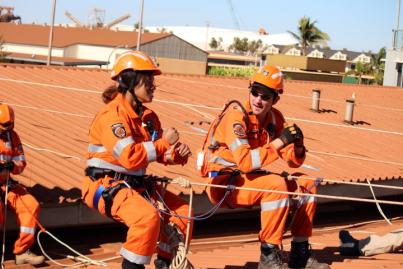