Northshore Awards Night Recognises 175 Years of Service
When considering the busy world of the SES, December and January are typically quieter months with training suspended for the Christmas break and volunteers getting to enjoy some quality time with their families. But for the Northshore SES unit, December 2013 and January 2014 has been far from ordinary. After all, how often does a unit get to formerly recognise more than 175 years’ worth of volunteer service?

Over two nights, Invited guests including DFES Metropolitan North Coastal Superintendent Alan Rieley and DFES Metropolitan North Coastal District Officer Glenn Hall, fronted approximately 40 volunteers from the Northshore SES unit to officially mark the milestone and to present medals, clasps and certificates.   Local Manager Northshore SES Nick Elliott said “Never before has our unit been able to honour & celebrate such an enormous achievement from such an exceptional group of people”.   Nick added “Both DFES and the Northshore SES unit is incredibly fortunate to be able to benefit from such a professional, committed and talented membership, each and every one of whom are an absolute asset to the service and a credit to the organisation. I am immensely proud of our team”.

Medal / Clasp presentations were made as follows:

Some Pictures from the night 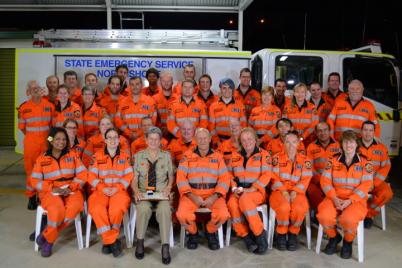 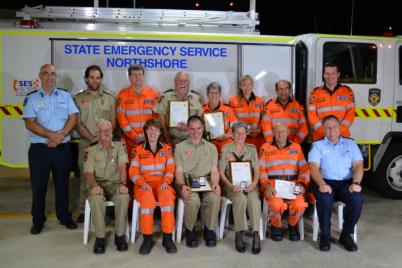 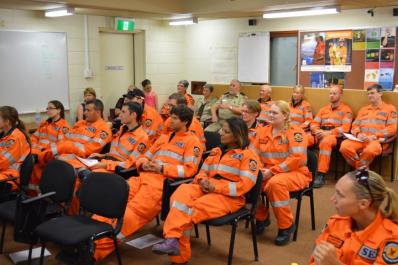