Northshore State Emergency Service (SES) volunteers sprang into action this morning after a car driven by an (apparent) drunken male caused tens of thousands of dollars damage to a West Leederville property after the car he was driving careered of Cambridge Street and crashed into the property on the corner of Joseph Street.   It is understood that Police noticed the driver weaving across the road and turned around to follow the vehicle. However before they caught up, the driver had crashed the car through the front wall, up onto a concrete verandah, and into the building. The crash caused severe damage to the property taking our various structural wall and columns.

Nobody was in the front of the building at the time of the crash and it is not known if the driver was injured.   Volunteers from the Northshore SES unit worked hard to stabilise the building once the car had been removed. Part of the building was a medical practice, and part of the SES role was to assist the occupier with removing and securing private and confidential medical records.    Nick Elliott, Local Manager of the Northshore SES unit said that a response team was activated at about 0600hrs after receiving a call for assistance from Comcen. “The SES crew, under the leadership of Iain McFall worked hard and fast to ensure that damage to the building was minimised, and that the recovery and response process was completed as quickly and as efficiently as possible”.

Some pictures from the Incident 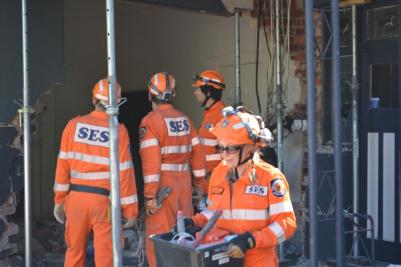 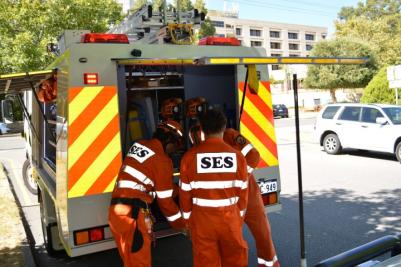 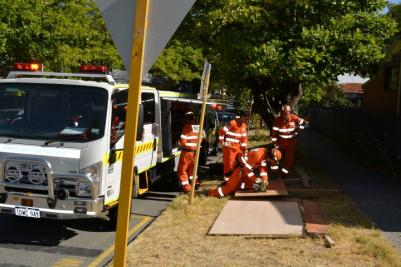