The 11th to the 13th October 2013 saw the Lower South West SES units come together for the inaugural LSW Regional Exercise.   This has been an initiative driven by the LSW volunteers, which was first highlighted at a leadership forum held in 2011 as something that the volunteers felt was an important part of their ongoing training and skills development.

The path to get to the event was an interesting one, and involved volunteer representatives from the LSW units forming a committee to develop, organise and conduct the event. It was highlighted by LSW volunteers right from inception that the regional exercise was not to be about who got the most points at the end of the weekend, but to really focus on challenging themselves, learning new things, practically applying skills and allowing members to be team leaders in a controlled environment.

The regional exercise consisted of teams from each of the 7 LSW SES units. With 7 stands over the course of the weekend with each stand ‘themed’ from the different skill areas of the SES. Exercises we had Navigation, Flood Boat, Storm Damage, General Rescue, Search/Recovery, Team Building and Camp Duties.  Each of the stands had a 90 minute timeframe with 60 minutes allocated for task completion; each team was presented with a realistic challenge around the particular skills.

In the future the LSW would like to open the event up to other regions to enter teams to broaden the networking and training/skill development opportunities that an exercise like this provides.

Leon Gardiner District Officer SES Lower West and the organising committee would like to thanks everyone who participated and supported the event. 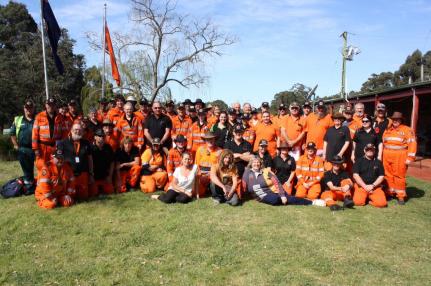