TESTIMONIAL DINNER – MIKE WADLEY
The Rockingham State Emergency Service Volunteers had a testimonial dinner to celebrate Mike Wadley’s many years as a local Manager and 34 years as an SES Volunteer.  There were many visitors including Carol Adams the Mayor of Kwinana, Barry Sammels the Mayor of Rockingham, Roger Cook the member for Kwinana and DFES was represented by Deputy Commissioner Lloyd Bailey.

Attendees included a number of Volunteers from other units including Armadale and Melville, a number of DFES staff members, SES Volunteers Association members and past FESA Board Member John Capes.

The MC for the evening was Gordon Hall and the speakers spoke about the good job done by Volunteers, Volunteerism in the community and in particular the effective leadership that Mike showed over many areas, including a number of widely publicised searches, participating in national pilots for the tsunami project and in particular his approach to local governments.

A number of standing ovations and presentations for Mike occurred throughout the night.  The youngest and newest member of the unit, Jade Kyles, gave the toast to Mikes’ leadership and many years of outstanding service to the community.

One of the highlights of the evening was at the end when a number of speakers including Dave Rothwell, John Capes, Bernie McNamara, Lauren Parker-Brown and Less Hayter stood up and addressed the group on different matters that Mike had done or been involved in.

To conclude the night, Unit Manager Dave Beard thanked all the Volunteers involved in preparation for the evening, including the cooking of the food and in particular the donations from the Cities of Rockingham and Kwinana towards the cost of the evening.

A good night was had by all

Some pictures from the night 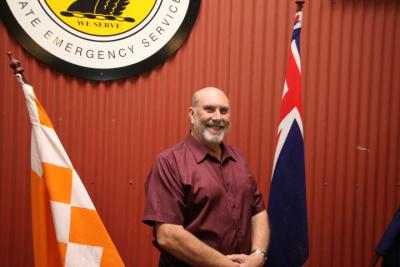 Carol Adams the Mayor of Kwinana with Mike 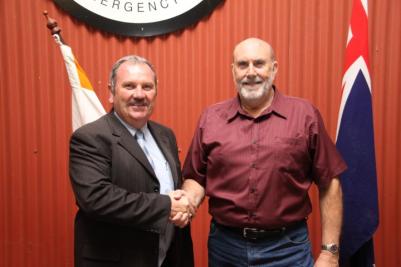 Barry Sammels the Mayor of Rockingham with Mike 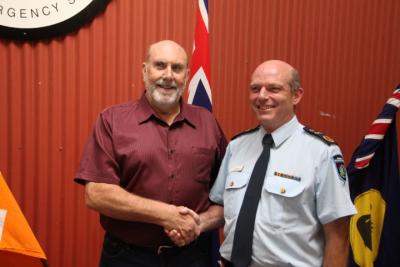