The change of existing emergency service legislation acts is part of the evolving changes since the formation of the Department of Fire and Emergency Services (DFES) in November 2012.

It is proposed that existing acts be combined. The acts under scrutiny are:

Volunteers expressed concerns of regarding potential loss of autonomy in their roles of serving their communities.

Volunteers raised their dissapointment about the increasing involvement of Fire & Rescue in all emergency services operations, and the marginalising of SES Volunteers during these operations.

It was also expressed that this would be a great opportunity for the government to increase volunteer job protection.

DFES has now planned to provide information to stake holders and will be gathering information and stakeholder feedback which will be fed back to the Interagency Working Group (IWG).

The Interagency Working Group has only one emergency services volunteer to represent the 32,000 volunteers, whilst government agencies have proportionally higher representation.

This remains an unresolved expectation of the State Emergency Service Volunteers Association, believing that there should be at least one volunteer representative from each of the volunteer emergency services. 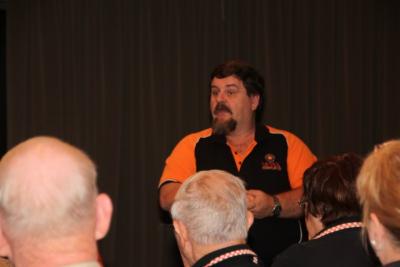 Attendees at the information night