Five people have been washed off rocks at Steep Point, about 700km north of Perth.  Police, Denham VMR, Fisheries and SES Volunteers are responding to reports that the five people have been washed off rocks into the sea at Steep Point.  Of the five, early information is that four are visible in the water and one is unaccounted for.  Police Airwing chopper is en-route.

Steep Point, the most western tip of the mainland just south of Dirk Hartog Island, is a popular shore-based game fishing spot among keen anglers.  It is also well known as an area where tiger sharks are commonly seen targeting fish such as Spanish mackerel as they are caught by rock fishermen. 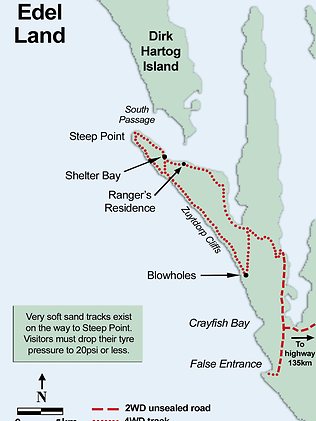