RAC Rescue helps locate stranded fishing party off Garden Island.   RAC Rescue has assisted the Australian Maritime Safety Authority (AMSA) and located a party of four stranded fishermen off the western side of Garden Island.   After their dinghy overturned  the men who were in the sea clinging to their vessel, activated an EPIRB to alert authorities to their plight.   The RAC Rescue crew performed four winch rescues and transported the quartet back to base at Jandakot Airport. All of the rescued men are uninjured.   Rockingham Volunteer Sea Rescue also stood by with WA Water Police.

RAC Rescue responding to an EPIRB activation off Garden Island.   RAC Rescue has been called to assist the Australian Maritime Safety Authority (AMSA) search for a vessel that is believed to be in distress off Garden Island following activation of a satellite beacon.   Rockingham Sea Rescue volunteers are also on their way to the scene to provide assistance.

More information will be released when known. 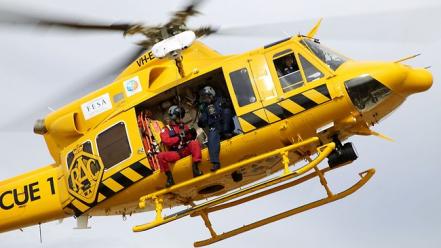