The Channel Seven News helicopter has helped rescue one fisherman, while two others remain missing in waters off Leeman, 270km north of Perth.  The man was spotted by the Seven News helicopter with reporter Grant Taylor on board. The man was seen waving frantically at the chopper.  A sea rescue vessel was nearby and was able to pluck the weak, distressed fisherman from the ocean.  Two others remain missing.

The rescued man is enroute to Leeman where he will be treated. It is believed he had been in the water for nearly 24 hours.  Sergeant Naomi Smith said the men, who were holidaying in Leeman from Perth, had left to go fishing about 11am yesterday in a 5.5m runabout. They were reported missing when they failed to return last night.  Two of the men are aged 22 and 23, the third man is 49. They are from Perth and are on holiday with relatives in Leeman.

Four fixed wing aircraft were searching an area of more than 300sq km and boats were searching known reefs.  The missing men’s friends and family raised concerns when the men failed to return last night.  Police said a relative of one of the men received a mobile telephone call from one of them last night, but the reception was scratchy and unclear.  Officers from Water Police and Police Air Wing, along with volunteer rescue crews, are searching the ocean for the men.

A Water Police spokesman said there was serious concern for the men, but were hopeful of finding their vessel today.  He said the men were not familiar with the ocean in the region but had inquired about good dhu fishing locations and were directed to a spot about 16km west of Leeman, or the Beagle Islands, north-west of the town.

The Water Police spokesman said his officers now had a search area of 324sq km to work with and boats were scouring known reefs to see if their boat may have struck trouble on a reef.  Family members said the men’s fishing boat was equipped with life-jackets, flares and had an EPIRB, but no signal had been received.

Police and  a number of light aircraft are searching for thee missing fishermen whose boat is overdue from a fishing trip off Leeman, 270km north of Perth. Sergeant Naomi Smith said the men, who were holidaying in Leeman from Perth, had left to go fishing about 11am yesterday in a 5.5m runabout.  Their friends raised concerns when the three men did not return last night. Officers from Water Police and Police Air Wing, along with volunteer rescue crews, are searching the ocean for the men.  Two of the men are in their early 20s.  At this time the SESVA is unable to confirm if SES Volunteers are involved or will loin the search today. 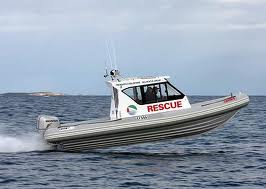 The search continues for the missing men