A Laverton ambulance officer has called for the introduction of paid paramedics to address dangerously low volunteer numbers in the Northern Goldfields, saying the St John ambulance country volunteer model is unsustainable.  Volunteer numbers at ambulance sub-stations in Laverton and Menzies have reached critically low levels, it was revealed last week. But the volunteer, who asked to remain anonymous, said ambulance sub-centres across the State were crying out for volunteers.  “I think the days of volunteering are numbered,” the volunteer said.  “Everyone who does it is here for a few years and then they are off.
“I don’t think it will ever get better.”  Nine volunteers are registered with the Laverton ambulance service, but it is understood only four are active on the sub-station’s roster, with just one of the active members qualified to provide advanced care. 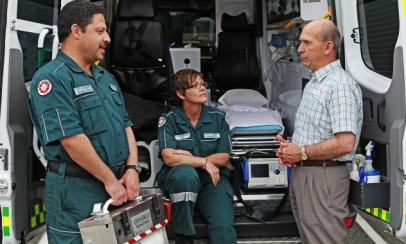