Raelene Keatley from Rockingham SES reports that the Rockingham SES Unit Annual General meeting was held on the 27th of July 2012 at the John Henry Centre. This was the 22nd AGM for the Unit.  Raelene said we had a great night and the food was delicious prepared by the Unit Manager Mr Beard. He was helped by Lauren Parker-Brown and Raelene Keatley as his apprentices.  Raelene is the units budding Journalist and photographer and hopes that other units will take her lead  with photos of their AGM.

These are a selection of the photographs taken on the night. 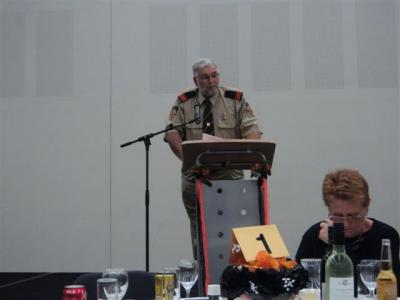 Local Manager Dave Beard the opening the annual general meeting and thanking everyone for their work in the latest storm. 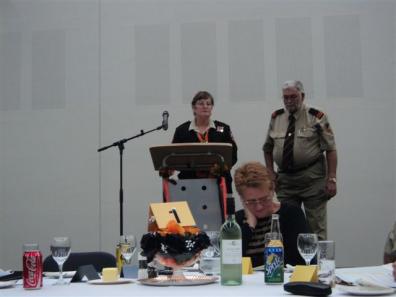 Lynn Meredith thanking operations members for all the hard work in the latest storm Lauren Parker-Brown receiving her award and her 10 year service medal. 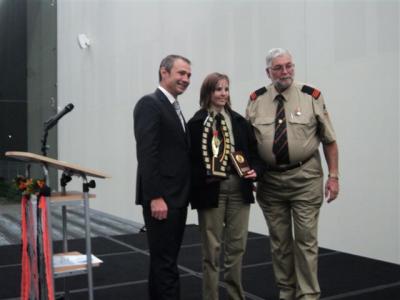 Lauren Parker-Brown celebrating her award with Raelene Keatley. Lauren and Raelene are the newest members to join the committee for the Rockingham Unit. 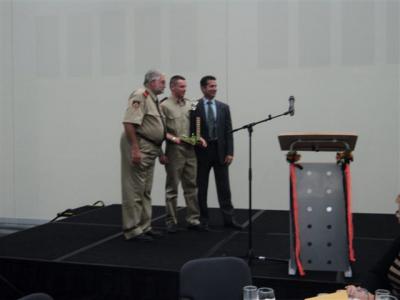 Jared Stewart-Roddis who received the OPPS award for 2012 when he got his vehicle bogged at the Kalgoorlie challenge and he received a replica of his vehicle as a gift. 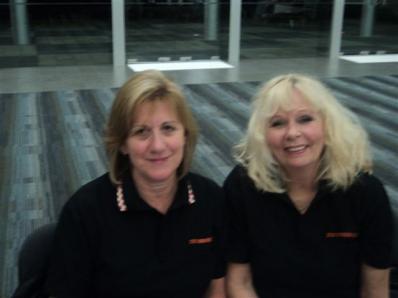