Raelene Keatley from Rockingham SES reports she attended the Peel Regional Training camp Nanga bush camp on the weekend and it was just awesome.  We stayed at the Nanga Bush camp near Dwellingup.  It was so cold but the fires kept us warm at night.  She did the on Road Driving and reversing and trailer backing, a well-run and eventful course run by Brad Jarick and Steve Crawford who were great assessors and did their job well. Just thought it might be of interest that the Nanga Bush Camp is awesome and you can learn heaps from all the courses and the food was wonderful.

Here are some pictures taken on the weekend: 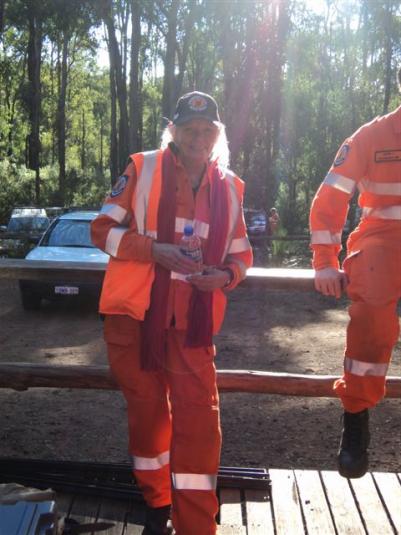 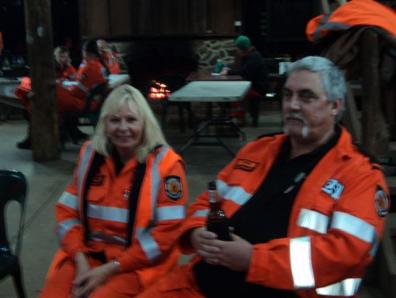 Raelene Keatley and Graeme Jarick enjoying the evening around the camp fire after an exhausting day.  Graeme Jarick was the assessor of the Communications course.

The group of us that passed and we celebrated by a chocolate drink at the Pinjarra Bakery.