Western Australia’s Storm Awareness Week will run from the 5-12 May 2012. The week is an opportunity to encourage people to prepare themselves and their properties for the coming storm season which occurs from May to October.

A number of media opportunities are being pursued to drive the community to reduce their storm risk by highlighting the dangers of storm and the actions people should take before, during and after an incident.

SES volunteers are also encouraged to organise local activities during the week, particularly in storm affected areas, to educate the community about the role of the SES and the types of hazards that storms produce.

Each year from May to October, severe storms including mini tornados, thunder, lightning, hail, flash flooding and gale force winds cause major destruction to the southern half of Western Australia.

In 2011, volunteers attended 99 storm incidents and volunteered more than 6,872 hours.  SES volunteers leave the warmth of their homes, their jobs and their loved ones without hesitation during storm season and brave the wild weather outside to help others.

Detailed information about storm safety for the community can be found in FESA’s Preparing for Storms brochure. If you would like copies of the brochure to distribute in your community please contact Community Engagement Resource Officer Pauline Campbell on 9323 9816. 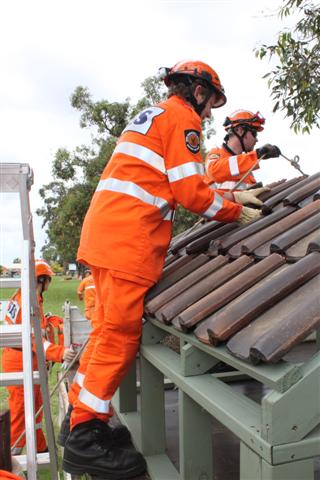