A thunderstorm over Perth has started bushfires, uprooted trees, and damaged property.  Lightning from the storm started a bushfire near the Gnangara state forest and it is burning on Hawkins Road in Jandabup, north of Perth.  Strong winds also ripped the roof off a carport in Gosnells late last night.  SES Volunteers from a number of Metropolitan SES Units are presently involved in repair operations.  The numbers of request for assistance and SES Volunteers deployed is not known at this time.

Danny Reilly says he had just gone to bed when the strong winds ripped the roof off the carport of the home where he was staying in Gosnells.  “I think it was some time around 11:30 pm, there was an enormous crash,” he said.  “The carport had been uplifted by the wind and clung in part to the house, and then it had enveloped itself over the top and onto the roof of the house, lucky nobody was hurt.”

The storm also uprooted a tree in Armadale and a man hit by it has been admitted to hospital.  The storm caused delays at the international airport this morning when ground staff were forced to take cover during lightning strikes.  Two flights arriving from, and one flight leaving for Bali were affected but delays were kept to a minimum.

The backlog was cleared before the peak morning period.  Meanwhile, the storm, which dumped up to 10 millimetres of rain in the hills suburb of Bickley, is moving south towards Mandurah and the south-west.

Another storm is forecast to hit Perth this afternoon. 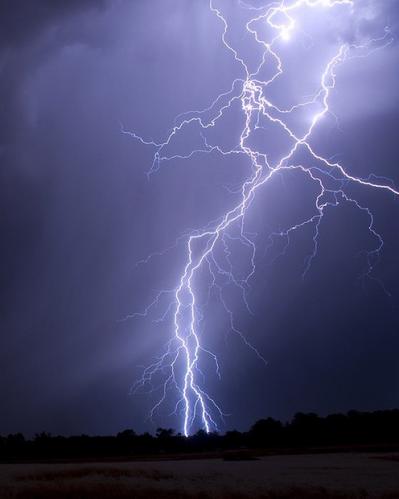