Jo Brown reports, After the official end of CHOGM, there was an informal gathering attended by members of the CHOGM taskforce and CHOGM volunteers. We were honoured with a visit from the Prime Minister who wanted to express her thanks in person. The Prime Minister said she was very aware that those present were only a ‘small snapshot’ of the huge numbers of people who had given up their time behind the scenes to make CHOGM a success.

Counting the Delegates Parade on Friday, and the Big Aussie Barbecue on Saturday (at both of which events, I have never seen such pristine, ironed oranges, and shiny boots ever!), as well as the manning of CHOGM Radio Base for four days, I estimate nearly 150 SES volunteers took part, clocking over 1,100 hours.

Though only three of us Lloyd Storey, Ash Smith, and I were lucky enough to hear the Prime Minister’s sentiments, her sincere thanks and appreciation included each and every one of the SES volunteers involved. I think we should all be proud of how well we represented our organisation and our city.

Congratulations ladies and gentlemen on a job well done!

The security operation for CHOGM 2011 is the largest security operation in the history of WA.  CHOGM 2011 is the largest gathering of world leaders in Australian history.  About 700 police officers have been provided by other Australian police jurisdictions and New Zealand to WA Police, and most of them have been sworn in as local police officers, giving them the same powers as local police. Officers from other jurisdictions will be wearing their home agency uniforms.

On Friday a large contingent of 130 SES Volunteers were deployed to assist with crowd management activities as motorcades, including the security motorcade for Her Majesty the Queen, moved to the Perth Convention and Exhibition Centre.

SES Volunteers maned barricades on both sides of St Georges Terrace.  People lined  the streets of Perth to see world leaders attending CHOGM 2011.  In addition 10 SES volunteers from CSU and Bayswater have been assisting in running communications for CHOGM over a 4 days period (since Thursday and finishing Sunday). 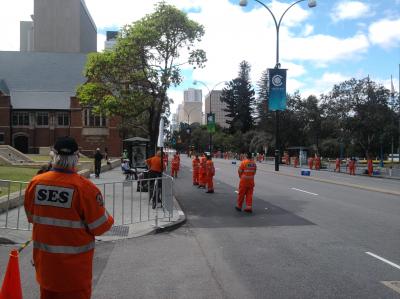 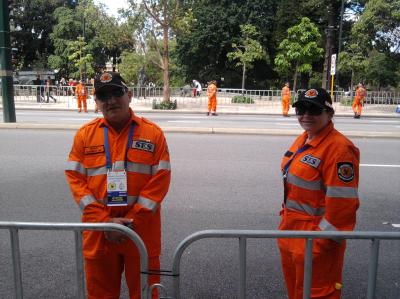 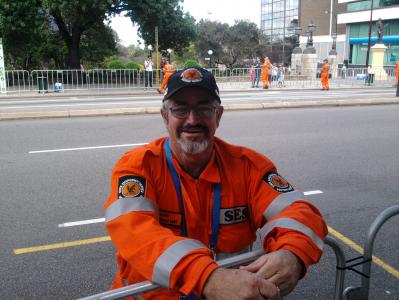 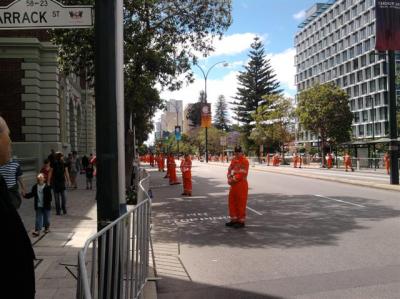