The State Government has announced assistant WA Police Commissioner Wayne Gregson will be the new CEO of FESA on a 12-month contract.  Mr Gregson will replace Jo Harrison-Ward, who was removed from the role after the release of the damning Keelty Report into the February’s Hills bushfires.  Premier Colin Barnett and Emergency Services Minister Rob Johnson announced the appointment this morning.  Mr Gregson said he hoped to bring an “operational focus” to FESA and believed bureaucracies were there to serve agencies, rather than the other way around.

“The second and most important challenge is to change the culture of FESA,” he said.  “It’s not going to be without its ups and downs. It’s not going to be without its pain.”  Mr Gregson said FESA as an organisation would have to move past its displeasure with key findings of the Keelty report which it branded inaccurate, and anyone unable to do so could face removal.

“There’s an old adage that you try to change your people,” he said. “And if you can’t change your people, you change your people.” Mr Gregson admitted he didn’t “know anything particularly about fire fighting” but said FESA responded to all emergencies and he had experience with emergency management at WA Police.  Mr Gregson started as a cadet with WA Police and worked his way up through the ranks over three decades, during which he served as a detective and spent seven years as an assistant commissioner.  He is on a 12 month leave of absence without pay from WA Police to undertake the 12 month contract with FESA.

It is understood he wishes to transition to the role of Fire and Emergency Services Commissioner once the legislation creating the role and modifying FESA’s structure has been drafted and passed through Parliament.  Mr Barnett said Mr Gregson was a well-respected police officer who joined WA Police as a cadet in 1979 and been assistant commissioner for the past seven years.

“The appointment of Mr Gregson as the new CEO reaffirms our commitment to implementing the recommendations from the Perth Hills Bushfire Review,” Mr Barnett said.  “Mr Gregson has the skills and experience to prepare the State for the bushfire season, to implement the Perth Hills Bushfire Review recommendations and most importantly, work with all stakeholders in emergency management to prepare and eventually respond for any disaster which occurs.”

Mr Johnson said Mr Gregson was well known for taking a proactive response to his role at WA Police. Mr Barnett said the State Government had moved on one of the key recommendations of the review, drafting legislation to restructure FESA to become a Government department.  “An assessment will be undertaken of an appropriate role and structure of the department and the FESA board will be disbanded,” Mr Barnett said. 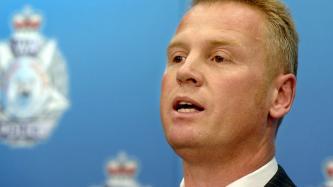 David Price President of the SESVA said” The SESVA looks forward to working with the new CEO during the change Process”.  He also said that the main focus of the changes to FESA is Fire related it is very import to remember that FESA is an all hazards Agency and the SES and VMR are just as important as the FRS and BFS in the organisation.