Final Travel report from Phillip Petersen
Jim & I (and our wives) have returned to Perth after our travels of SA, NT and northern WA. We left at beginning of April, so a total of approximately 14 weeks on the road. I returned training at my SES unit at Gosnells last week to find a few new faces have joined since I have been away. Yes I hear you say, I should stay away longer. However this may also be a reflection of renewed interest in the community following the floods, storms and tragedy that Australia has experienced in the past year.

I contacted the Carnarvon SES unit who were in the process of being videoed by Nick of FESA Media for the future FESA Callout video report. This was to record that this unit was active for 100 days responding to a number of consecutive local floods and even a search thrown in. Thanks to Carnarvon for sharing their lunch with me.  We then travelled to Denham/Shark Bay with the intention of meeting up with some dolphins which visit nearby Monkey Mia each morning. Well we did that and a few other touristy things.   The Shark Bay SES unit was the neighbouring unit that assisted the Carnarvon SES unit during its 100 days of continuous operation. I had the pleasure of meeting with Local Manager, Joe McLaughlin and his wife, Judy, both relatively new but enthusiastic SES volunteers. Joe has a long history as a bush fire volunteer at Boyup Brook. Since living in Denham he became involved in Sea Rescue and took on the additional role as SES Local Manger a few years ago to meet community needs. He says he has enjoyed the new skills which he has learnt rapidly in that time.

One of the most interesting experiences about travelling is how many fellow SES volunteers you bump into or some one knows someone else.

Here are some volunteers I met:

And here some more pictures taken along the way. 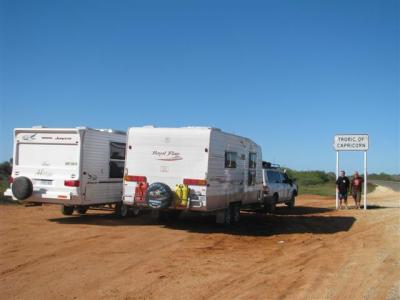 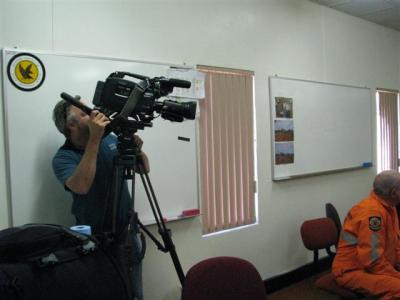 A dolphin at Monkey Mia;