Keith Squibb SESVA Pilbara Representative reports that the  National Disaster Rescue Competition (NDRC) 2011 was held in Adelaide on the weekend of July 9/10.  A Team from the Pilbara District was selected to represent the state at this competition along with myself as a Judge.  All States and Territories of Australia were represented.  The event was held at the Royal Adelaide Showgrounds and most scenarios being centred on potential rescue situations during the setup period leading up to the Royal Show.

All scenarios at the competition were based around training and skills taught in the “General Rescue” arena with the AEM Disaster Rescue Manual being the “bible”. In all a total of eight scenarios were to be completed over the course of the two day event, with a 1 hour and 15minutes allocated to each stand. This timing was made up of 1 hour for initial briefing and action phase and the final 15 mins allocated to team debrief, followed by a Judges debrief to the team.

Day 1 saw the team tackle their first 4 stands, starting with Stand Eight, which involved a rescue of a collapsed person from a stock crate which was slightly hampered by having real livestock in it.  The 2nd stand (Stand 1) was a rescue from heights involving a worker that had fallen 4 metres whilst performing maintenance on the Ferris wheel. The 3rd stand (Stand 2) involved the rescuing of two casualties from a scaffold collapse.. The final stand for the day (Stand 3) was a USAR scenario at a workers accommodation block as a result of a fire.

Day 2 saw the team complete their final 4 stands, beginning with stand 4. This was a shoring scenario requiring the team to build 3 Raker Shores to stabilise the wall. The next stand (Stand 6) was the stand that I was allocated to as a Judge. As the showgrounds are directly under flight paths into and out of Adelaide Airport, this scenario was the crash landing of a light aircraft within the showgrounds.   The final stand for the day and the competition was Stand 7. The scenario being that whilst lifting a concrete slab approximately 1.8m tall by 200mm thick it had fallen, blocking the entrance to a room, trapping inside a first aider and a casualty who had suffered a heart attack.
The event was concluded with an Awards Ceremony begin conducted and the presentation of awards. The final placing’s were 1st – SASES, 2nd – NSW SES with the Horrie Howard award, which is voted for by each competing team, was awarded to NT.

As for the Karratha Team, whilst they didn’t achieve a placing in the top 50% they are still winners, in the challenges they faced, overcame and the experience they have gained by competing in such an event. Well Done Team.  As for me, I return to my humble role as Unit Training Manager enriched by the experience and the exposure to the myriad of ways upon which other teams tackled each scenario.

SESVA President David Price said “ I am sure everyone will join with me in congratulating the Karratha Team on a great effort and not being placed first doesn’t mean you are not a winner”   He also said “ events like the NDRC provide an opportunity to mix with SES Volunteers from other States to share Knowledge, ideas, techniques , experiences and fellowship”. 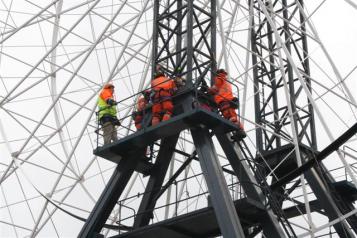 One of the scenarios at the competition