Jim and I (Phil Petersen) are currently in Kununurra on our holiday travels.  I have now been in contact with FESA staff at the regional office and some of the volunteers of the local SES unit.  FESA staff was Fire District Manager Tony Stevenson and acting SES District Manager Gary Adcock. I have worked previously with Tony during a cyclone operation and also at a National Road Crash Rescue Challenge. Gary is better known as volunteer Local Manger of Broome, but acting as SES District Manager until the position is filled permanently.

I met with some of the SES volunteers on Wednesday evening at a planning meeting. This was for a search training activity over this forthcoming weekend.  It is to be a combined Broome, Derby and Kununurra (Kimberley region) activity off the Gibb River Road.   The SES unit is now in a new collocated building with the Fire and Rescue volunteers. The hospital and St John Ambulance are nearby. Some of the volunteers have dual memberships, contributing to the community in both emergency services.

The SES flood boat has had several modifications to improve its operational capability. This included an extended hull, moving control console to allow improved deck area for passengers and stretchers and an upgrade of 2x 75HP motors. SES District Manager Gary Adcock gave Jim and me a demonstration of the boat. Apparently the boat has been used on several occasions for body recovery of the Argyle Dam & Ord River. 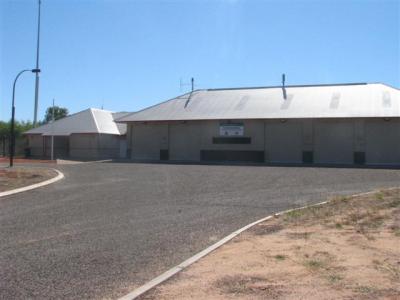 1. The new collocated HQs for the volunteers of State Emergency Service and Fire and Rescue at Kununurra. 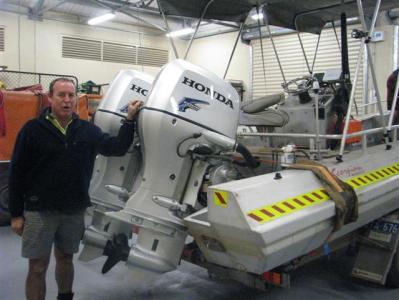 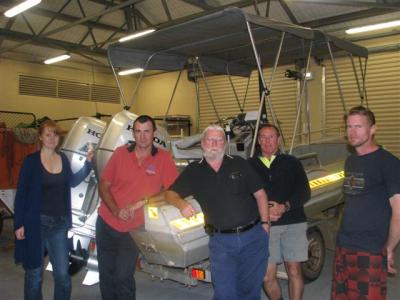 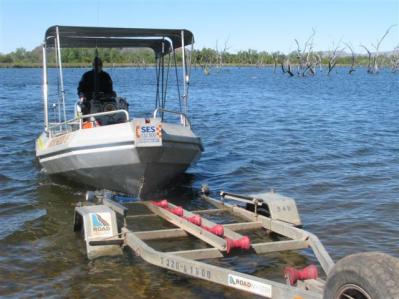