A police search of an area around Yanchep for the body of missing millionaire Craig Puddy this morning failed to find anything of significance, say police.  Major Crime Squad detectives combed an area near Yonderup Lake off Wanneroo Road for the body of the missing murder victim today but pulled out of the search after just a few hours.  Earlier, police had indicated the search party would be in the area for most of the day.  WA police and SES volunteers were involved in the search.  A police spokeswoman said the search was part of “ongoing inquiries” in the investigation into the missing Perth businessman but had “failed to find anything of significance” and had concluded shortly after noon.  The search focused on the area around Yonderup Lake, which is bordered by Wanneroo Road and Yanchep Beach Road.

Mr Puddy, 45, was last seen by his sister on May 3 last year. He was reported missing the following day when worried family and friends discovered a pool of blood inside his Mt Pleasant mansion.  His disappearance triggered a major investigation, which led to the arrest of his former business associate Cameron Mansell.  Last year police divers searched sections of the Canning River, near Mr Puddy’s home, while an extensive ground search was under way north of Perth and in bushland near Mr Puddy’s home.  The search discovered a green and yellow wheelie bin missing from Mr Puddy’s home in bush east of Two Rocks. The burnt remains of Mr Mansell’s Jeep Cherokee were found at Banksia Grove. 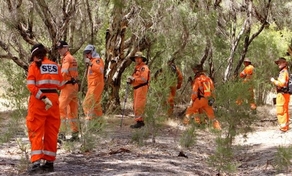