Phillip Petersen reports that the deployment of 30 SES volunteers and 2 FESA-SES staff returned from Cyclone Yasi ravaged Queensland last night. Task Force leader, Nick Elrick praised the volunteers for their tireless efforts acommended them on responding to a high number of Requests For Assistance (RFA)s. He was a very proud task force leader.

Metro volunteers returned to their homes last night whilst country volunteers were accomadated in a hotel overnight and will return to their homes today.
There were many positive comments about the experience from the volunteers. Well done. 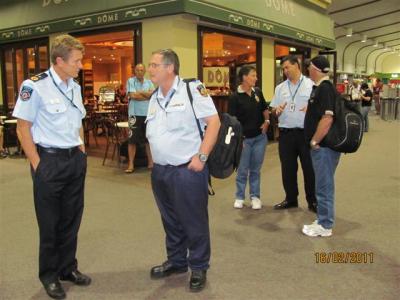 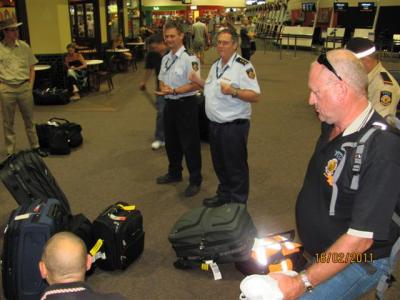 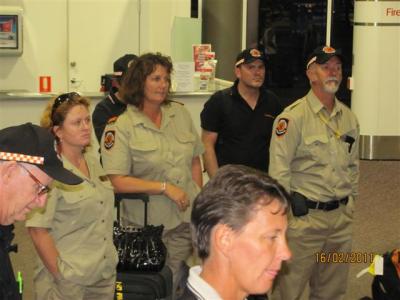 Some of the SES Volenteers from the task force