A Task force of SES Volunteers from around the State will be deployed to Queensland tomorrow to provide assistance following cyclone Yasi which struck last week causing wide spread damage and flooding.  The task force will consist of 30 SES Volunteers and two FESA staff.  The volunteers come from both country and metropolitan SES Units.   The task force will leave tomorrow from Perth Airport and fly to Queensland.  It’s expected the deployment will be for 5 days returning to Perth late next week.

SESVA President David Price said “We wish the Volunteers and staff a safe deployment for this important operation to assist the people of Queensland following this disaster”. 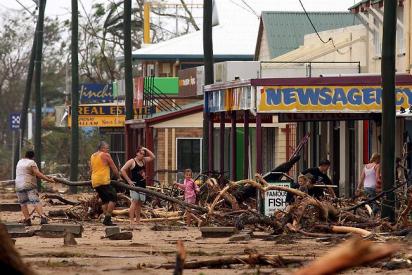