The “bunker” at the old State Emergency Service State HQs has always been an asset to the service and a source of historic wonder. Whilst under the current administration of Fire and Emergency Service Authority (FESA) the role of the bunker has changed, the bunkers original purpose is a fascinating story. The bunker is now on heritage listing and hopefully will be preserved in a meaningful manner to remind us of a time when Australia was in direct threat of invasion during WWII.  Here is a link to an interesting web site. It provides information about the bunker’s construction and its first use.

You will find the web site an interesting review of a range of WWII information.Whilst there were other bunkers built during the war, this link refers to bunker at Epson Avenue, Belmont and includes diagrams & plans for typical bunker: http://home.st.net.au/~dunn/raaf/6fshq.htm   Today there are a number of WWII military sites used for other community purposes. An example is the scout and girl guide facility on the Whaleback Golf Course in Lynwood, owned by the City of Canning. That originally was a radar detection site from 1942-1945 with the operations room and generator room still in use today.

Another is Wireless Hill Park. This facility was used as the home for Melville SES for many years after the transmitters and receivers of Wireless Hill were decommissioned. The radio facility was mainly used for civilian purposes, but put under military control during WWI and II. More can be learnt from this link: http://register.heritage.wa.gov.au/PDF_Files/U-Z%20-%20A-D/Wireless%20Hill%20Park%20(P-AD).PDF   What is the history of your SES unit’s Headquarters?  Or do you know about a historic military facility in your community that is in danger of being lost to development or time?

Photos: The interior of the old generator and operations rooms for RAAF Ground Control Interception Radar Station Number 144, in operation 1942-45. These photos were taken in 2009. 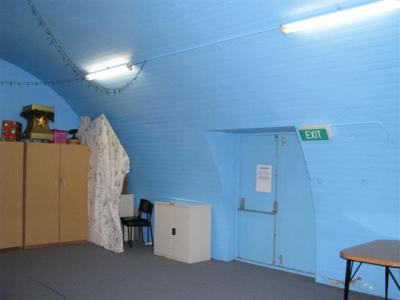 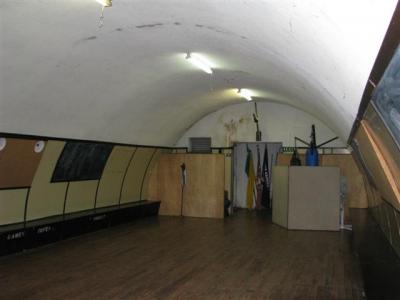