A Queensland-based survival specialist says the 79-year-old hiker lost in the Great Southern bush could survive until Sunday if he has access to a regular supply of drinking water.  The search for Albany man Eddie Shackleton is into its fifth day today. Police last spoke to Mr Shackleton on Sunday, when rescue volunteers came to within 500m of the man.  Dr Paul Luckin, who is used by police across Australia as an advisor in land rescue operations, told Great Southern police that given his fitness levels Mr Shackleton could survive more than a week in the bush if water was available.

The call comes as rescuers searching for a 79-year-old hiker in the Great Southern had a glimmer of hope this morning, with searchers finding a hiking pole.  However it was soon discovered the pole belonged to a rescue volunteer, who had lost it yesterday. Hopes of finding Mr Shackleton alive are fading, however police are hopeful that the 79-year-old has access to a water supply.  The bush around the Bluff Knoll area is extremely dense and rescuers are having difficulties with visibility around the 25sqkm zone the search has been narrowed to.

Another helicopter was called in to help in the search today.  A police spokesman said 24 SES Volunteers , DEC and police personnel, two search dogs and two police helicopters had resumed searching at first light.  The search has been narrowed to a 25sqkm area.  Police have not been in contact with Mr Shackleton since 11.30am on Sunday when they spoke to him on his mobile phone.  He told them he had run out of water but had found a creek.

The search for a 79-year-old hiker missing in Western Australia’s Stirling Range national park will continue this morning; its fifth day.  Last night police, SES volunteers and other searchers stopped searching after finding no sign of Eddie Shackleton, who has been missing in the park since Saturday.  Earlier in the week, searchers narrowed down the search area to a small section on their map.  Today, they will expand the area again, exploring new terrain for the experienced hiker who was reported missing when he failed to meet up with a friend.  He later phoned him to say he was feeling unwell.

Inspector Cyril Laurent says police have been told Mr Shackleton is an experienced hiker who knows how to access water.  “However, if he has been injured, obviously it’s going to be a lot more difficult to find him,” he said.  “That’s why we are very keen on ramping up our search and making sure that we do everything possible to find him as quickly as possible.”

Survival experts have told police Mr Shackleton could survive until Sunday if he can reach water.

Searchers including SES Volunteers are yet to find any sign of Albany man Eddie Shackleton who is missing in the Stirling Range national park.  Well into the fourth day of searching, rescue workers say there is no trace of the 79-year-old hiker who was reported missing on Saturday. An increasing number of personnel have been brought in for the search, including police, Fire and Emergency Services Authority staff and State Emergency Service volunteers.

A police helicopter and search dogs have also joined the operation.  Those looking for him include his friend Peter who was the last person to hear from Mr Shackleton when he phoned from the park to say he was feeling unwell.  He has told police Mr Shackleton was an experienced hiker and was carrying supplies, including thermal clothing, and knew how to access water from streams.

Yesterday, police narrowed the search down to a small area, covering a four-square kilometre area of bushland near Bluff Knoll in the park.  Sergeant Dave Murphy said the difficult terrain has hampered the search. “The bush area itself on the ground is extraordinarily dense,” he said.

The search for Eddie Shackleton will be escalated tomorrow with more 25 SES Volunteers from the Metropolitan area called to join the search.  Grave concerns are being express for Mr Shackleton safety.

SES Volunteers are routinely called out to assist Police in land search operations.  They receive extensive training in this type of operations.  Training includes:

Police dogs joined the search this morning at first light, along with 22 police officers, State Emergency Service Volunteers and Department of Environment and Conservation volunteers who have entered their third day searching for Albany man Eddie Shackleton.  Searchers are scouring an area next to the Eastern Peak ridge route in the Stirling Range National Park.

Hopes were raised about 4pm yesterday when a police helicopter spotted what was thought to be a blanket in the bush. But authorities later discovered it was a reflection bouncing off a rock.  The helicopter spent more than five hours searching a 25sqkm area about 4km east-north-east of Bluff Knoll – an area experts claimed was one hikers needed to be well prepared for – but failed to find Mr Shackleton.  Sen. Const. Graeme Forbes, from Albany police, said searchers would be out again today.  “We’ll crank things up first thing in the morning with all the resources we’ve got,” he said.  The search was expected to resume at daybreak with 20 volunteers and two search dogs.

Police had not been in contact with Mr Shackleton since 11.30am on Sunday when they spoke to him on his mobile phone.  He told them he had run out of water but had found a creek.  An experienced hiker who had completed the Bibbulmun Track, he was hiking alone when he started vomiting on Saturday. 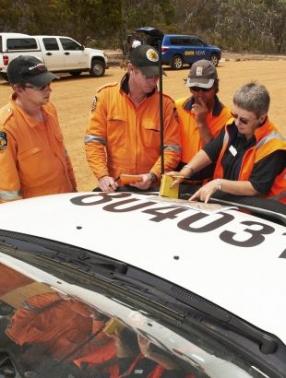 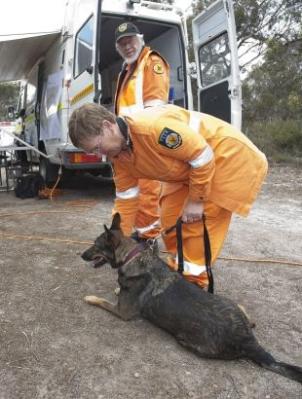 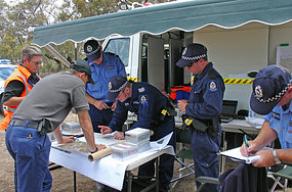 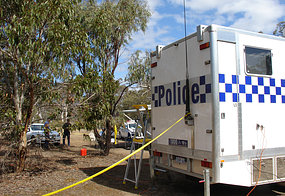 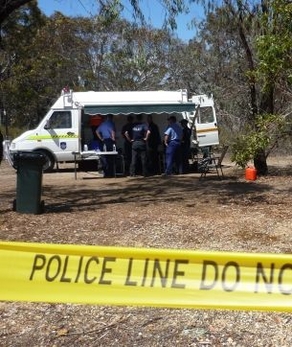