With predictions of an early and busier than normal cyclone season, people in the Pilbara are being urged to prepare their homes and families now.   FESA Regional Director John Newman said the Bureau of Meteorology has advised there is a higher than normal risk of a pre-Christmas cyclone.   The Bureau of Meteorology has also indicated this season has the potential to be a lot worse than last year with more cyclones expected, Mr Newman said.   The best defence is to prepare your home before the season officially begins at the end of October and have a family cyclone plan.   During the next few weeks you should trim branches and trees, check the condition of your cyclone shutters or screens, remove or secure loose items around your home and prepare an emergency kit. 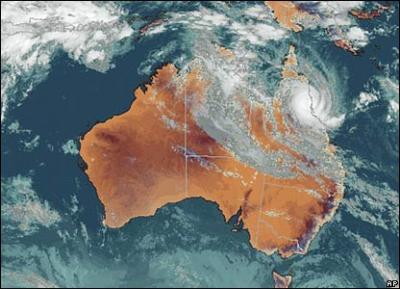 Talk to your family about your cyclone plan, including who will pick the kids up from school, when you will get cash out, what you will do with pets and where you will go if you need to relocate.   Last season Severe Tropical Cyclone Laurence impacted remote communities between Port Hedland and Kalumburu leaving a trail of destruction at Eighty Mile Beach, Wallal and Mandora Stations where it crossed the coast.   Eighty Mile Beach Caravan Park owner Colin Lewis, who survived the brunt of the category 5 cyclone, said he would never want to experience another one of its kind again.   It was scary, the place was virtually flattened, Mr Lewis said. Buildings were demolished, windows were blown out and trees snapped off.   I can’t begin to describe the sound and you couldn’t see two metres in front of you because of the sand and horizontal rain being blown around.   I urge everyone in a cyclone prone area to keep up to date with the latest information and if you decide to leave before the cyclone hits give yourself plenty of time to get to a safer place.

Colin’s advice comes as FESA and the Bureau of Meteorology embark on their annual Cyclone Awareness Tour throughout the North West to help people prepare.   The first community information session will be held in Port Hedland on Monday 18 October, followed by more sessions in Wickham, Karratha, Pannawonica, Onslow, Exmouth, Newman and Tom Price throughout the week.  Mr Newman encouraged both new and seasoned residents to attend the meetings.   You will hear the Bureau’s tropical cyclone season forecast first hand, learn how to prepare your home and family and what actions to take during and after a cyclone, Mr Newman said.   You can also pick up a copy of FESA’s Cyclone Smart Kit, a guide to what people should do during each stage of a cyclone.

Public meetings will be held at the following locations:

There will be a welcome barbeque starting at 6pm before the 6.30pm meeting.

There will be a welcome barbeque at 6pm before the 6.30pm meeting.

For more information about the public meetings contact FESA Port Hedland Office on 9158 1300.