West Australia’s bushfire season has arrived early and is expected to be worse than last year after one of the driest winters on record.  FESA Chief  Operations Officer Craig Hynes said fire agencies were concerned about last year’s bushfire season and this year is shaping up to be worse. Each year we look at a number of indicators to help predict the outlook for the coming season and this year the conditions are the worst we could expect,he said.   The season is ahead by six weeks and we have already seen some burn offs get quickly out of control because it is so dry out there.  Leading into last year we were concerned about the bushfire potential and we had some major fires that destroyed homes and property.  We faced one of the most damaging bushfires in the state in 50 years at Toodyay, and we need to be ready for another tough and challenging season. 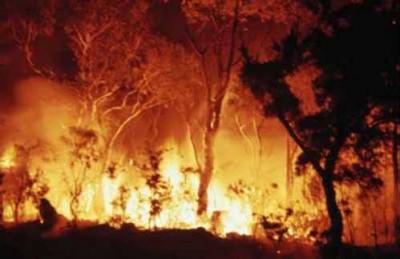 However, Mr Hynes reassured the community that the state was better prepared than ever.  Community safety is the priority for all our fire management agencies and we are ready to respond to major incidents, wherever they occur in the State.   All agencies have been working together in response to the Victorian Bushfires Royal Commission recommendations and outcomes of the independent review into the Toodyay bushfire.  These are a high priority for us and we are working to implement a number of improvements and processes before the start of the bushfire season.

Mr Hynes said although the state was prepared they needed the support of everyone living in a bushfire prone area.  Our firefighters have been preparing for the season for months, but everyone who lives near bushland needs to get their homes and properties ready, he said.  Today marks the start of Bushfire Action Week, which runs until next Sunday 17 October, and we encourage everyone to prepare themselves and their families.

It is important to bring your planning and preparation forward as the bushfire season is going to be on us very quickly.  Mr Hynes said a well prepared house is more likely to survive a bushfire and provide shelter than an unprepared one.  A fire could start near your home at any time, so you need to prepare your home now as it is too late when a fire is coming towards you.  Reducing the amount of vegetation around your home will slow the fire down and help firefighters to put it out.

The bushfire outlook for the state indicates there is a higher than average potential for bushfires for a large section of the state, from as far north as Carnarvon to the southern parts of the state and across to Esperance.  With Western Australia having had one of its driest winters on record, there is more vegetation that can burn, Mr Hynes said.

Warmer temperatures and a lack of rainfall in the last few months have seen an unusually high drought factor occur for this time of year.  This means bushfires that start may be difficult to control and move very fast due to a lack of moisture in both the soil and vegetation.  One of the biggest areas of concern is the state’s South West. The area is highly populated and has dense vegetation, and this combined with the dryness means people in this area really need to prepare now.