Toodyay residents affected by the December bushfire have been offered a $10 million financial assistance package to help them rebuild their lives.  The State Government and Western Power have developed a financial assistance package of up to $10million for residents directly affected by the bushfire, the Premier’s office said today.  Some 137 properties were damaged, with 38 homes destroyed – many not insured or underinsured. The total payment for each property has been capped at $190,000,

A report handed down by EnergySafety on February 15 did not determine a cause for the fire but a second report released on August 13 after new evidence was examined concluded the fire started from a Western Power pole.  The Premier said the State Government accepts the finding of the second report but acknowledges Western Power does not accept liability. The issue of liability can only be resolved in a court of law.  The Government and Western Power will each contribute $5million as an ex-gratia, goodwill payment.  esidents receiving payments through the assistance package would not need to waive their rights to future litigation against Western Power. 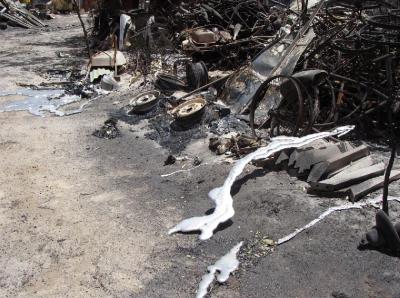 Financial support will be available to affected households in six categories:

Mr Barnett said the total payment for each property was capped at $190,000, which compared favourably with the support provided to victims of the  February 2009 Victorian bushfires ($15,000 for contents and a maximum of $85,000 for homes destroyed) which were primarily funded by donations.
RiskCover will write to affected residents inviting them to make a claim for assistance.   This is a fair and considered packaged designed to help affected families get back on their feet,  Mr Barnett said.  It recognises the impact of the fire on those people who were not insured or who were not fully insured and at the same time recognises the contributions already made by insurance companies.

Up to 20 homes were uninsured with many of the remaining homes affected being underinsured.  Some of the properties affected were holiday or second homes.  On December 30, 2009, a day after the fire, the State Government announced up to $3,000 in emergency help for affected households and declared the fire a State Natural Disaster.  This triggered support under the WA Natural Disaster Relief and Recovery Arrangements (WANDRRA) including emergency accommodation, food, essential clothing and counselling.  The Premier confirmed that a further global allocation of $85,000 for counselling support services to help people who have experienced stress and trauma as a result of the fire would be provided as part of the package.

I recognise that the true impact of the fire on people’s lives may only just be sinking in so the Government has moved to increase this assistance,he said.  Despite two reports into the cause of the fire, we have the unusual circumstance of conflicting evidence with the cause still not determined.  The question of liability can only adequately be resolved in a Court of law therefore if people or their insurer choose to litigate, that is their right.