Three men have survived about three hours in rough seas off Exmouth after their 14m wooden boat was sunk by a whale strike overnight.  The men were on their way from Point Samson, 1580km north of Perth, to Geraldton in the Mid-West when their boat was struck by a whale and quickly sank.  The men set off a Mayday distress call, set off their emergency beacon and jumped overboard into rough seas.  Their distress call was picked up by a nearby ship and the men were rescued after about three hours in the water.  The oil tanker which rescued them is on its way to Exmouth.  Humpback whales are common off the West coast at this time of year as they make their way north from Antarctic waters to the warmer breeding grounds of the Kimberley and Pilbara.  From about August to November they head south on the second leg of their annual migration, back to Antarctica. 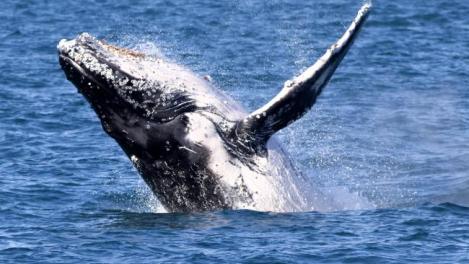 Three men have survived after their wooden boat was sunk by a whale off Exmouth. Picture: Richard Costin, Kimberley Media  Source: PerthNow