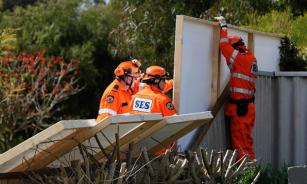 Major crime squad detectives have returned to the Parmelia home of missing mother Iveta Mitchell.  About five cars containing police arrived at the Meares Avenue home this morning.  SES volunteers fenced off the frontyard as police continued their investigation into the disappearance of Mrs Mitchell.  Mrs Mitchell’s husband, Chad, is at home.

Mrs Mitchell was last seen walking out of the family home about 1am on May 3 after a fight with her husband over household finances.  Despite extensive searches by police and pleas by family and friends, Mrs Mitchell has not been seen.  There have been some unconfirmed sightings of her.  On May 18, Mr Mitchell contacted police after he discovered his wife’s wedding and engagement rings at the front door of the family home.

Yesterday, detectives also returned to the Kwinana quarry and dump where Mr Mitchell previously worked as a heavy machinery operator.  About two weeks ago, police searched an area of bush opposite Wells Park, Kwinana Beach, and appealed for an anonymous caller who had contacted CrimeStoppers to again contact police.

State Emergency Service volunteers are erecting a fence around the property.  Police said they executed a search warrant at the house. The case was still being treated as a missing person investigation.  Detectives are looking for some personal items belonging to Mrs Mitchell and further forensic testing will be conducted at the house.   Police say the search will take a several days. 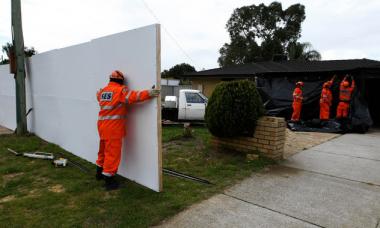