CHRISTCHURCH is still shaking 48 hours after an earthquake rocked its very foundations.  More than 20 aftershocks yesterday threatened to cause more buildings to collapse, but as of last night there were no deaths.  In fact, the opposite was true. A record number of babies were born since Saturday’s 7.1 magnitude quake.

A spokeswoman for Christchurch Women’s Hospital said 21 babies were born at its maternity ward in the 24 hours after New Zealand’s worst quake in decades.  “That’s a record for a Saturday,” the spokeswoman said, without offering an explanation.  A state of emergency has been extended until tomorrow as the Army enforces a no-go zone amid reports of looting in the rubble-strewn heart of the city.

Aftershocks of up to 4.8 forced officials to close schools, shops and businesses.  With the damage bill above $1.5 billion, the Civil Defence Ministry began tearing down the worst-hit buildings.  About 100,000 of the region’s 160,000 homes had sustained some damage, Prime Minister John Key said.

The army has moved to stop onlookers and business owners entering dangerous areas.  Police said a number of “known criminals” were arrested as they tried to enter the central business district posing as council workers.  Australia’s Department of Foreign Affairs advised travellers to defer non-essential trips to Christchurch. 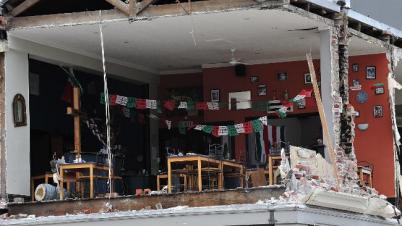