Armadale SES reports, we received a call on Saturday afternoon to organise a team to assist with a search for a missing person in Kwinana on Sunday.  We managed a team of 8 (which was reasonable given that the Sunday in question was Mother’s Day).

We arrived at headquarters at 0700 to pack up and leave by 0715 then arrived at Kwinana to join teams from Rockingham, Cockburn, Serpentine/Jarrahdale and Kalamunda as well as some horses from the Mounted Section. The search area was a patch of bushland about 100 hectares in size. We set off on our first task through bush that luckily wasn’t too thick and combined with a day that wasn’t too hot, we made reasonably good progress. We made a number of finds that were of interest to the police, which in a way was good for us because we often attend searches and find absolutely nothing.

After a number of hours we had a break for lunch — as always a good feed from the Salvos. The Field Search Controller had also arranged for more teams from Gosnells, Kalamunda, Canning and Northshore to attend so that we finished the search in the one day.

As we were about to head off to continue the search we received a call to report a car v. house in Armadale and ended our involvement in the search to attend that call. 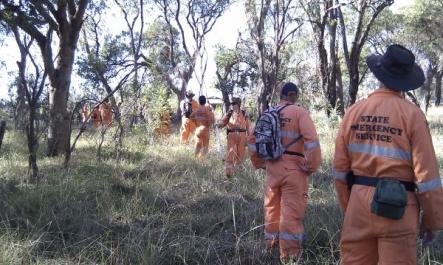 The car pulled into the carport and took out the rear supporting pillar which caused the rear of the carport to collapse, almost landing on the car. After removing the car from the carport we supported the rear of the carport with acrow props while we removed tiles to reduce the weight on the structure. The supporting beams in the roof had been torn away from the main beam. We then lifted the rear back to the correct height using an Enerpac (the first time in 24 years I have seen the Enerpac used in anger…) and secured it with acrow props. The insurance assessor arrived just as we were leaving and commended us on a job well done. 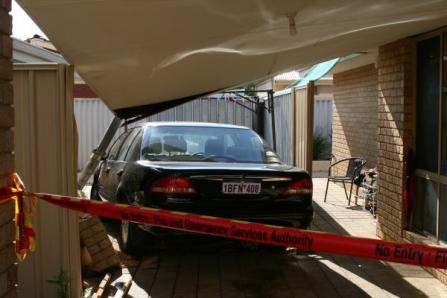