Trevor Patton Local Manager of Karratha SES Unit reports that 13 members of the Karratha SES Unit attended the Dawn Service on Sunday, four members then went on to attend the ANZAC day march and laid a wreath along with the Volunteer Fire & Rescue Service.  Following the Dawn Service the VFRS, SJA & SES attended the Karratha Fire Station  for a BBQ breakfast which topped the morning of to a tee. 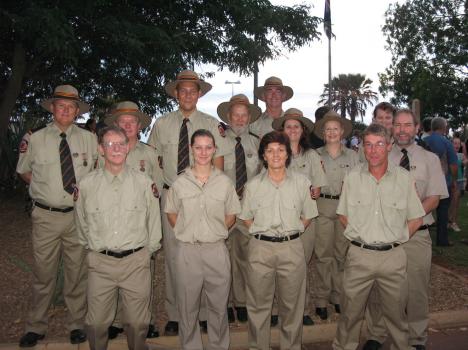