Jen Pomery Tom Price SES Local Manager said they have had a very busy start to  2010 with 3 cliff rescues before the tourist season even starts – so hopefully it is not an indication of what sort of year they are going to have.

Incidents so far this year are:

Tom Price and Newman SES Volunteers, Ambo’s and DEC Park Rangers responded to a suspected spinal injury after a British tourist slipped down the handrail access into the pool below.  She was safely lifted to medical aid using the half Larkin and z rigg pulley system.

Tom Price and Newman SES Volunteers, Ambo’s, Fire & Rescue Volunteers and DEC Park Rangers responded to a faint casualty in Hancock Gorge, she was safely lifted to medical aid using the Larkin Frame and z rigg pulley system. During this rescue we were notified of a “misadventured” tourist in the same gorge – he had slipped down into Reagan’s pool in Hancock Gorge and was unable to walk out, we sent an SES volunteer down into the pool to set up a basic safety line and accompany the tourist safely out of the gorge again.

Tom Price SES, Police, Fire & Rescue & Army Reserves responded to a missing person call at an exploration camp near Hammersley Gorge in the Pilbara. After an initial land search in the direction of intended travel the volunteers retired for the night to return at sun up the following day. The search area was extended and the search plane activated from Port Hedland with SES air observers on board the next day. They were successful in locating the missing man just after lunchtime approximately 10km away from where he was heading the previous day. He was found uninjured – just dehydrated and very lucky to be found alive in the scorching Pilbara heat. The Newman SES unit arrived on scene to assist also as the man was located.

Jan was interviewed on ABC radio about one of these incidents .  Listen to her interview click link at the bottom of this page. 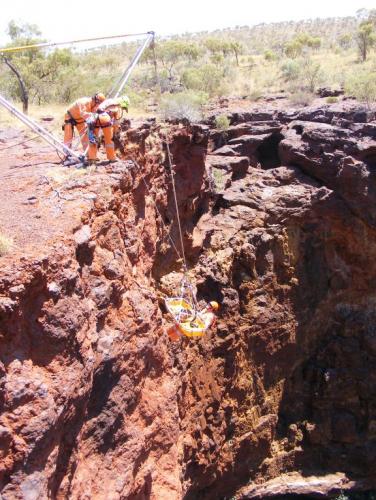 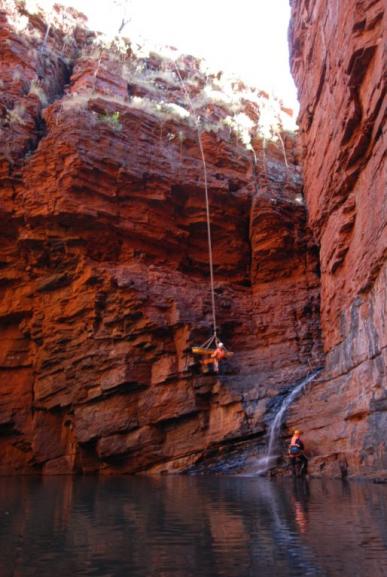 Oxer’s Look out – Jim Reagan’s memorial to the right.